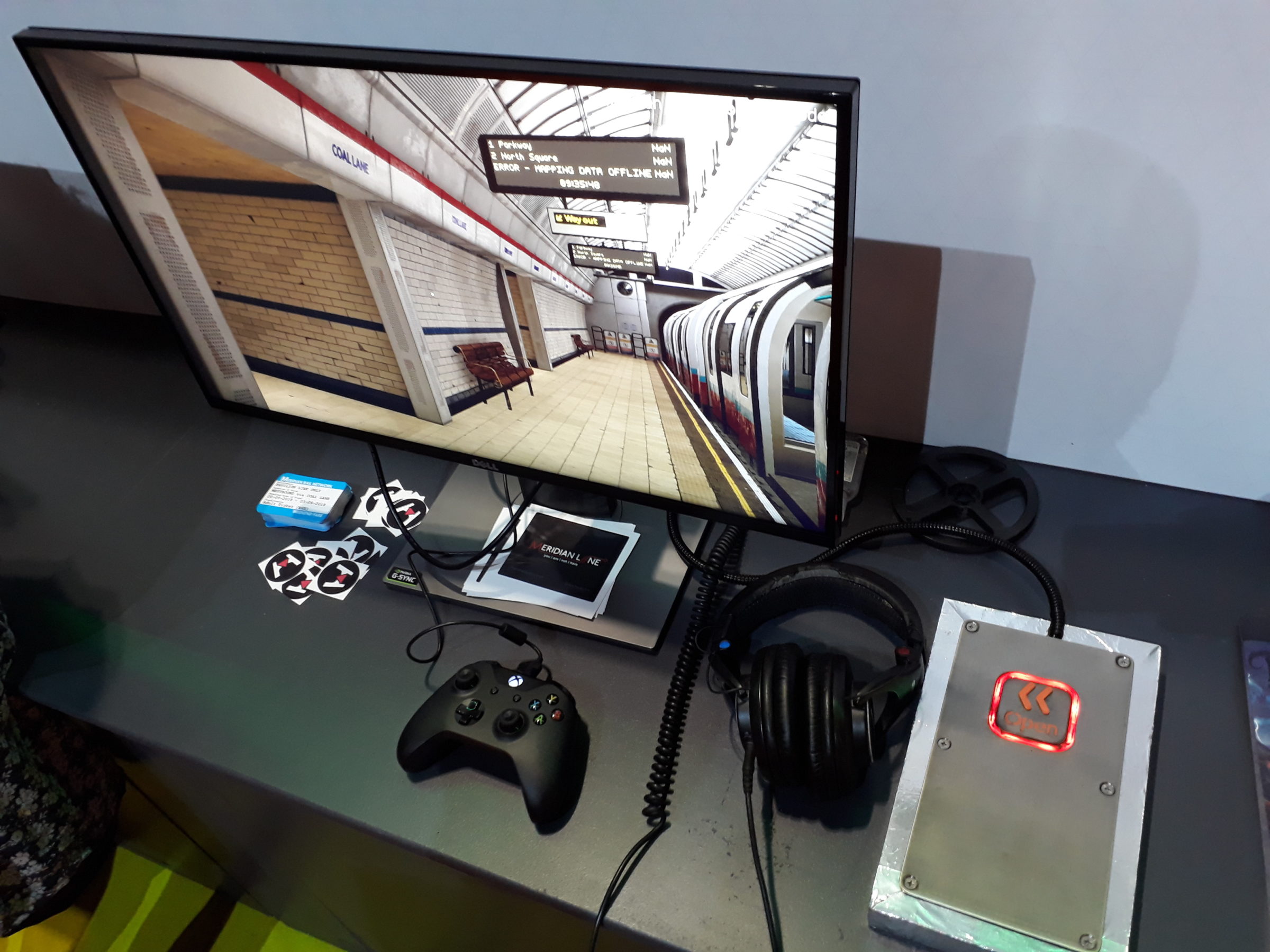 I’ve been working on a very interesting project called Meridian Line with Archway Interactive for the last few months, and thought it might be time to share a few updates. I can’t be too specific about the exact nature of the game, however what I can say is that it will be a navigational thriller based around urban exploration in an underground rail network. The main point of reference both visually and sonically is the London Underground, and so I’ve been attempting to procedurally recreate the sounds of London tube trains. This has been a very interesting and enjoyable process that has thus far involved recording food processors down 6 feet of cardboard tubing, squeaky wheels on a toy Batmobile, catering trolleys, and electromagnetic interference from a laptop playing Youtube videos via the pickups of an eight-string guitar. So lots of fun, as you can probably imagine. If you’re wondering about the button in the photo above, it’s an actual London Tube train button repurposed via Arduino to be the demo restart button. 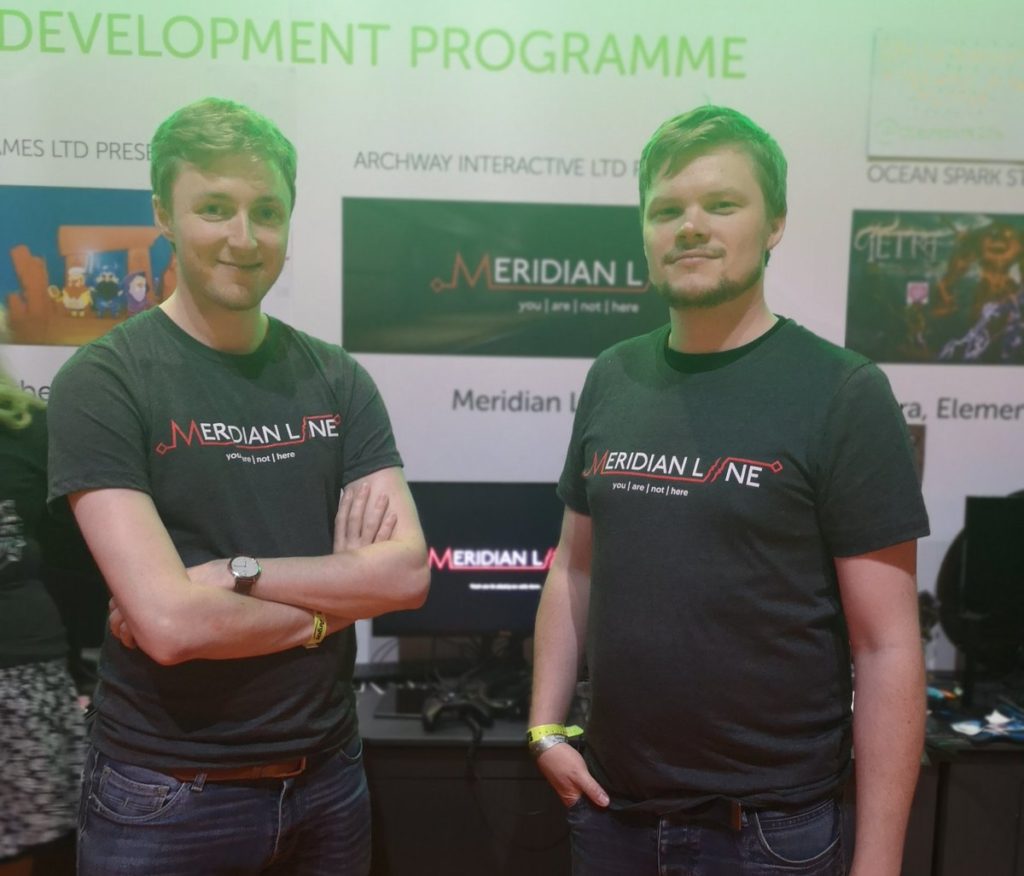 As a part of the UK Games Fund’s pitch development programme we were given the opportunity to demo our work at EGX last September, so I went along with company director Dave Smith (pictured left) to help with running the stand. The weekend was an absolutely fantastic experience and a great chance to meet other developers from all areas of the industry. 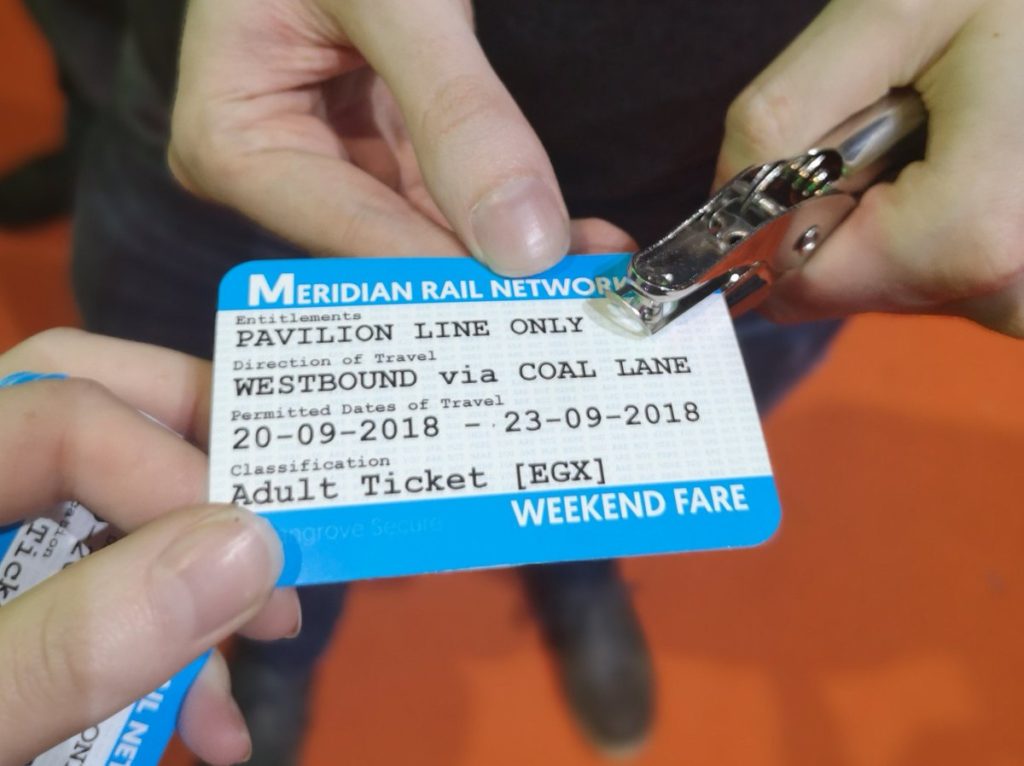 Business cards for EGX 2018: Never underestimate the effectiveness of a good marketing gimmick! 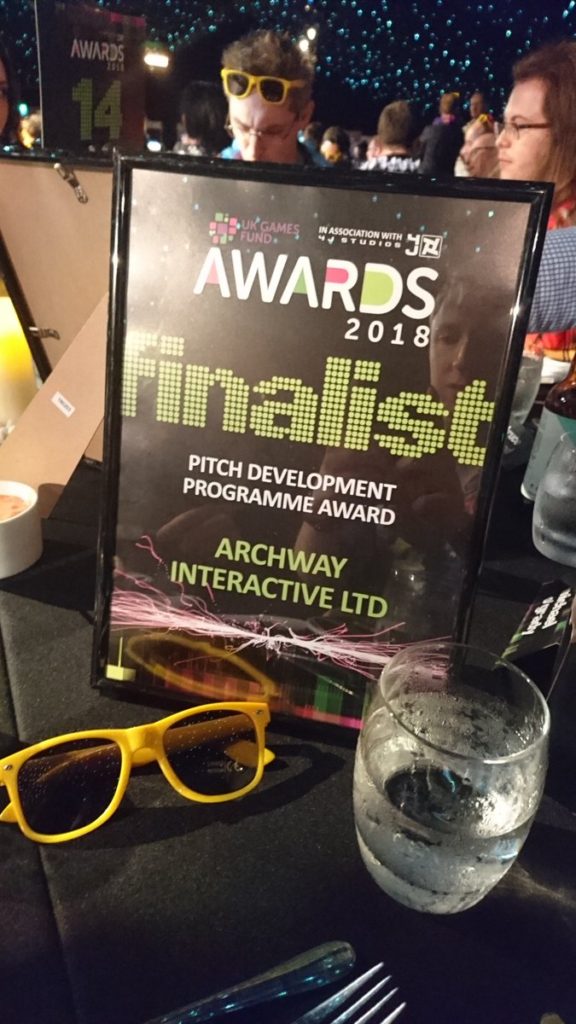 Following on from this we were nominated for the Pitch Development Programme Award and attended the UK Games Fund Awards in Dundee. In the end the award was won very deservedly by Ocean Spark Studios for their RPG Tetra, and also for the amazing outreach work and tuition they offer as part of the Ocean Spark Academy. A good night was had by all! I’m looking forward to seeing what 2019 brings.